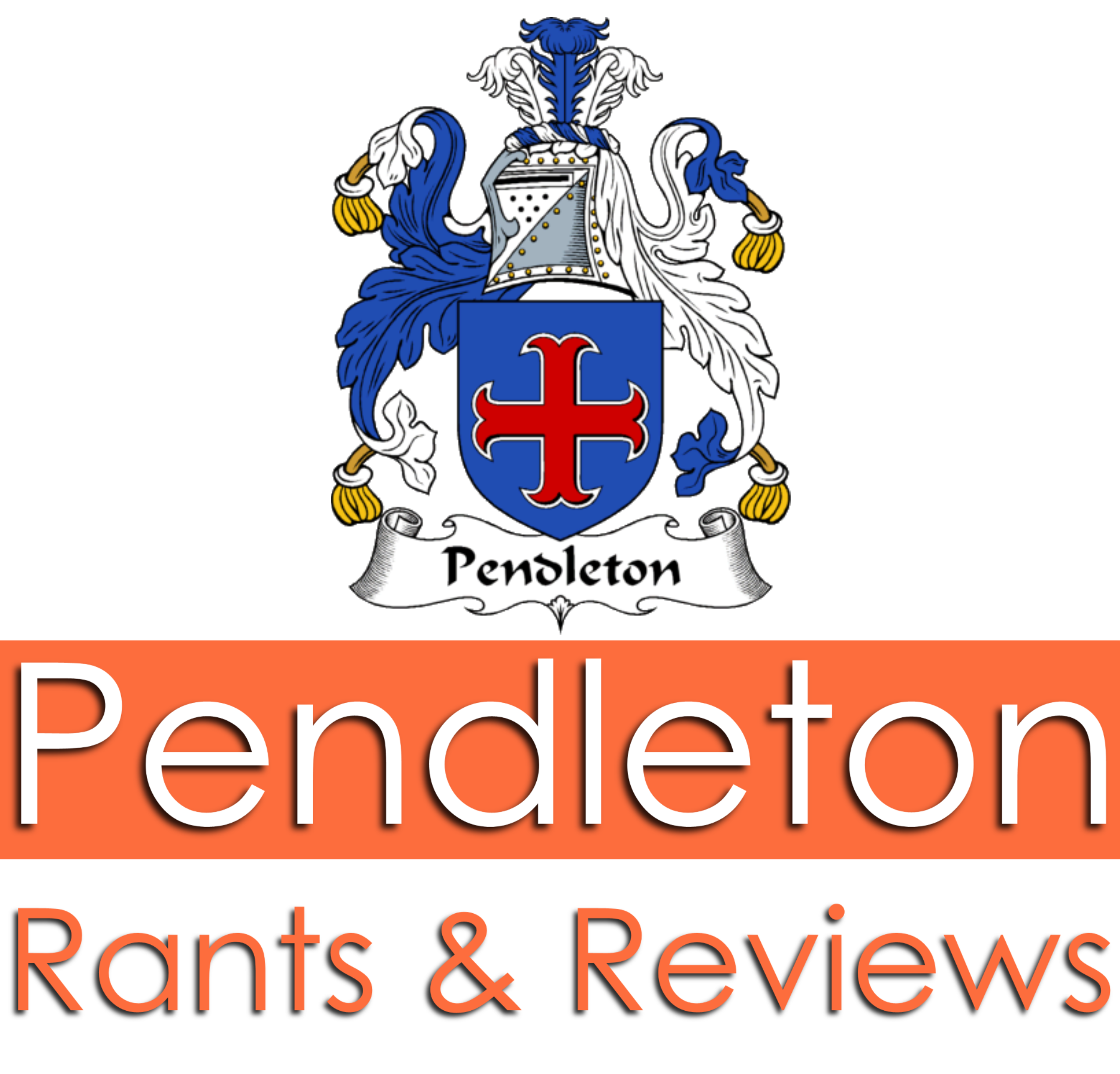 Growing up, I never gave much thought to my last name. For a short time, I even had a different one, though it was only in public and not legal. In my mind, I was a Starnes and my last name didn’t really matter. To give you some insight into that, Starnes is my mother’s maiden name and up until I was around 7 years old it was the only family I knew. It was then that I met my dad and the rest of the Pendleton clan. I had a step-father, but that’s a disaster I may share with you another time. I was very close to my grandparents, especially my grandfather (Papaw) and it was his name that I was proud of. After all, he was the man that had been there for me every day up until that point in my life. I spent a lot of time with that side of my family and have always been closest to them. I never considered myself anything but a Starnes even though that wasn’t my name. Being a Pendleton was just my name and to be honest, I had no pride it. Even after my dad came into my life, we never really connected the way I did with Papaw. I don’t really fault him for that anymore; I know he did what he thought he had to do. We all make mistakes and some of those mistakes come with problems we can never fix. I wonder sometimes if it was that lack of pride in my name that led to my broken connection with him and my brother who share my name. Don’t get me wrong, I love them all and if they needed me, I would drop what I am doing and would be right there. I’ve just never had a connection with them the way they do with each other. The same can be said of my sister and brother on my mom’s side who have a different father than I do. I often joke that I am an original, one of a kind. The only Pendleton-Starnes walking the planet. I found it humorous, even if no one else did.

Anyway, I never really thought about it until my boys started to get older and I could see the pride they had in being Pendleton. They aren’t proud of it because of the name itself but because it belongs to me. They are proud to be my sons there for the name means a lot to them. I have girls too and they are also proud of having their father’s name but they will all take another before it’s over when they choose a man who will give them a new name. Their kids will have that new name and they will grow to be proud of that name. The boys though will have kids and those kids will be Pendleton, not Starnes. I have to be honest at first it bothered me. As I said, I had always seen myself a Starnes and the fact that my Papaw’s name will be forgotten someday by my branch of the family tree really hurt me. Sure, my children and my grandchildren will know about him but would their kids or their kids’, kids? Thinking about all this is what led me to these questions.

What’s in a name? Is it important? According to Romeo “A rose by any other name would smell as sweet” so what does it matter?

After thinking about it long and hard I concluded, it does. Your name is the only thing you really have to pass along that can’t be taken away. Money, power, fame and even faith can be lost, stolen and forgotten. Your name when giving to others can’t be taken from them, no matter what. It connects you to your past and your future. It ties you to everyone who has had/will have it, good or bad. A good name can open doors for you and a bad one can get doors slammed in your face. Every town has that one name of a group of people who are known to be nothing but trouble and everyone avoids them. Someone telling you “Don’t go down there, the So-in-so’s live down there” will tell you right then, you don’t want to go there. My name was unknown where I grow up but I didn’t always bring it honor. I was a troubled teen at times and though I was harmless, I could be frustrating to people at times. I recall one of my daughters ended up with a teacher that I had in High School and like her father she questioned things and the teacher was not at all surprised that she was mine. Though he and I had respect for each other back then, I always knew how to push his buttons and I know there were days he dreaded watching me walk into the room. I picture him looking down on the class roster years later and seeing “Pendleton” and thinking “Oh God no, not another one?”. My daughter and I laughed about it when she told me but it did worry me. The fact that my children could suffer because of my stupidity in the past, wasn’t fair to them. Fair or not, it is all in the name. People that I have wronged or not left a good impression on will put that on my descendants. That’s something they would not have to deal with if I had done better in my youth. If had taken pride in who I was and understood what my name would mean to them and their children. Just knowing that I wasn’t just screwing up things for me but that I could be costing them a job, a grade, respect…etc might have made me think a little more about my actions. Who knows how it could have changed things.

Despite anything I did though, my kids love me and are all very proud to be Troy Pendleton’s children. This makes them proud to be a Pendleton. To them, it means they belong to me and each other. It makes us all family. Watching and listening to them talk about it and making it sound like it’s some exclusive group has given me more pride in the name than I ever had growing up. I am now proud of it because they are Pendleton and I am proud of them. Though a part of me will always be a Starnes, I know I am a Pendleton. That doesn’t mean I’m not a part of that family, it just means I can’t damage it or improve it. I will not be able to tarnish the Starnes name nor will I be able to bring it greatness. The Starnes name will be left to the fate of my uncles’ sons. Pendleton is my name and with that comes the responsibility of leaving it better than I found it or at the very least not making it any worse. You have the same responsibility to your name, whether it was the name you were born with or the name you took when you got married. Treat it well and if you belong to the “So-in-so” family, redeem your name by being the person everyone thinks you’re not. Rise above the bad rep and work hard to leave your kids with a name they will be proud of.