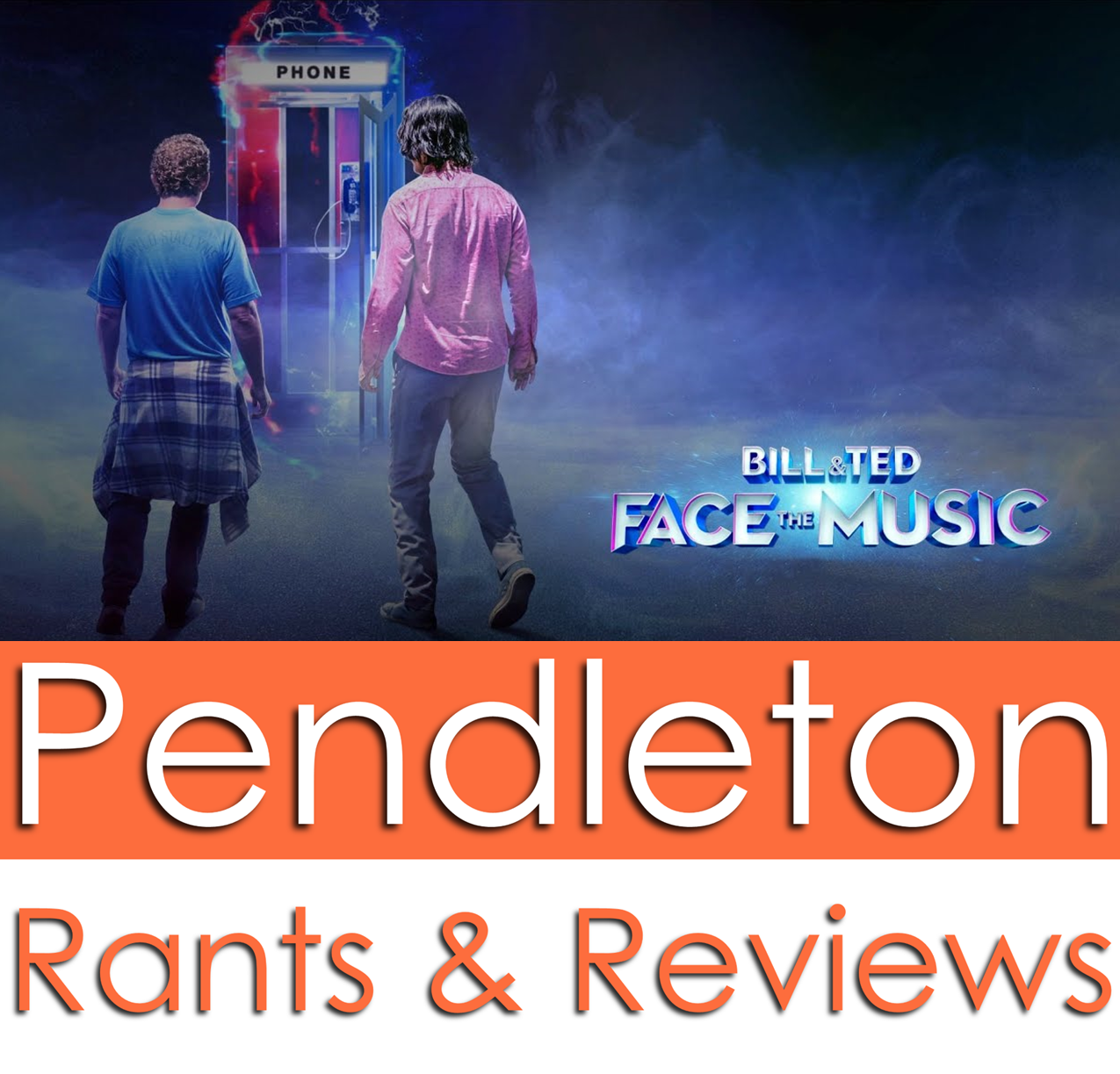 I loved the first two Bill and Ted movies and I am a huge Keanu Reeves fan but this movie was GOD AWFUL! I would tell you that what I am about to say will spoil the movie for you, if you haven’t seen it, but nothing could spoil this glass of rotten milk. To start with, I don’t know what they used to against Keanu to make him do this movie but you could tell he didn’t want to be there. He completely phoned it in. There were times when he looked like he completely forgot who he was playing. It reminded me of a bad SNL skit were the actor to read the queue cards. The jokes weren’t funny and nothing about the movie made any sense. All they do is bounce from time to time talking to themselves at different ages and accomplish nothing. Meanwhile their daughters, that’s right “Little Bill” and “Little Ted” are girls now…ugh, get their own time machine and basically redo the first movie but this time it’s to put a diverse band together. Also, from the looks of it, the future is run by an all-women council as well. It’s led my Rufus’ wife and his daughter now has his job. This whole movie is one big GIRL POWER load of crap. Once it got close to the end and you find out that the daughters are the “key to everything”, I couldn’t take it anymore and turned it off. The only bright spot in this movie was Alex Winter who named his icon roll perfectly. If you haven’t watched this movie, don’t bother, you’ll only be disappointed. 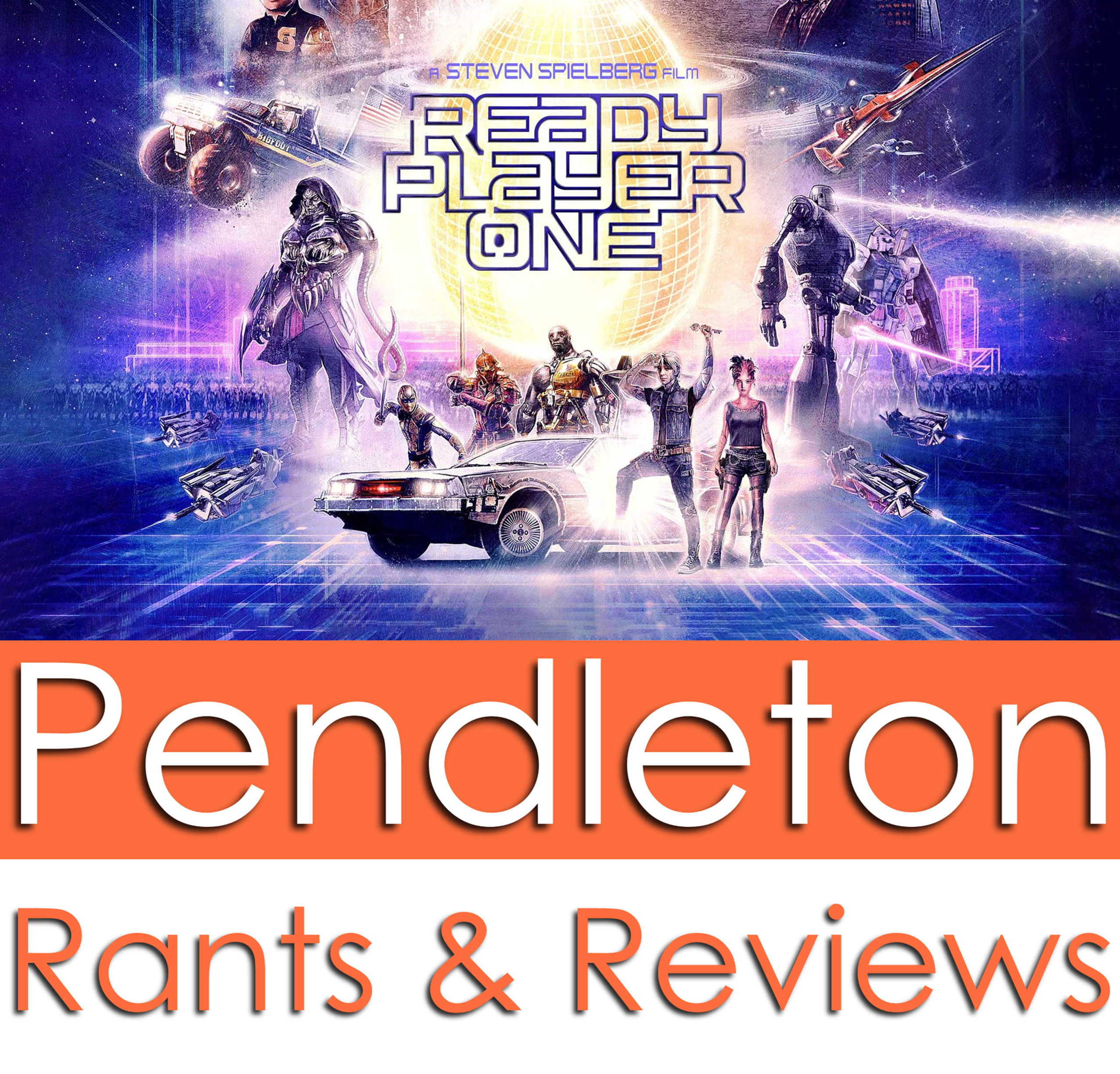 I am hard to please when it comes to movies. Most movies and TV shows, I figure out relatively quickly which takes all the mystery out of them. Others, suffer from poor writing and don’t make any sense. Plot holes and unanswered questions are common in Hollywood nowadays. Needless to say, most movies I pick to death and am just not impressed with.

When the trailer for “Ready Player One” came out, I was not impressed and didn’t bother to view it in the theater. Then the other day, I had a chance to spend some time movie browsing. It was a lazy Sunday, and I thought “What the heck, I’ll watch it”. As I started, the CGI, which there’s a lot of, impressed me. It was really good and flowed well. It was done so well that you forget that it’s basically a cartoon. The story started off like a lot of stories, poor guy that can’t catch a break, gives it his all to get out of his crappie life. I thought “here we go, this is going to be a cookie cutter story.  I have to confuse though, the more I watched the more I became drawn in and the story kept getting better with every little twist. Sure, some of the story is predictable but even those parts are done so well that I didn’t care. You got mystery, action, even a little drama and it all went well together. All the characters are very relatable and you’re probably see one of them that reminds you of someone you know. Everything made sense and I don’t remember any noticeable plot hole.  Ready Player One is simply a great story, shot, directed and acted perfectly. I would watch this movie again in a heartbeat and I would recommend to everyone to do the same. 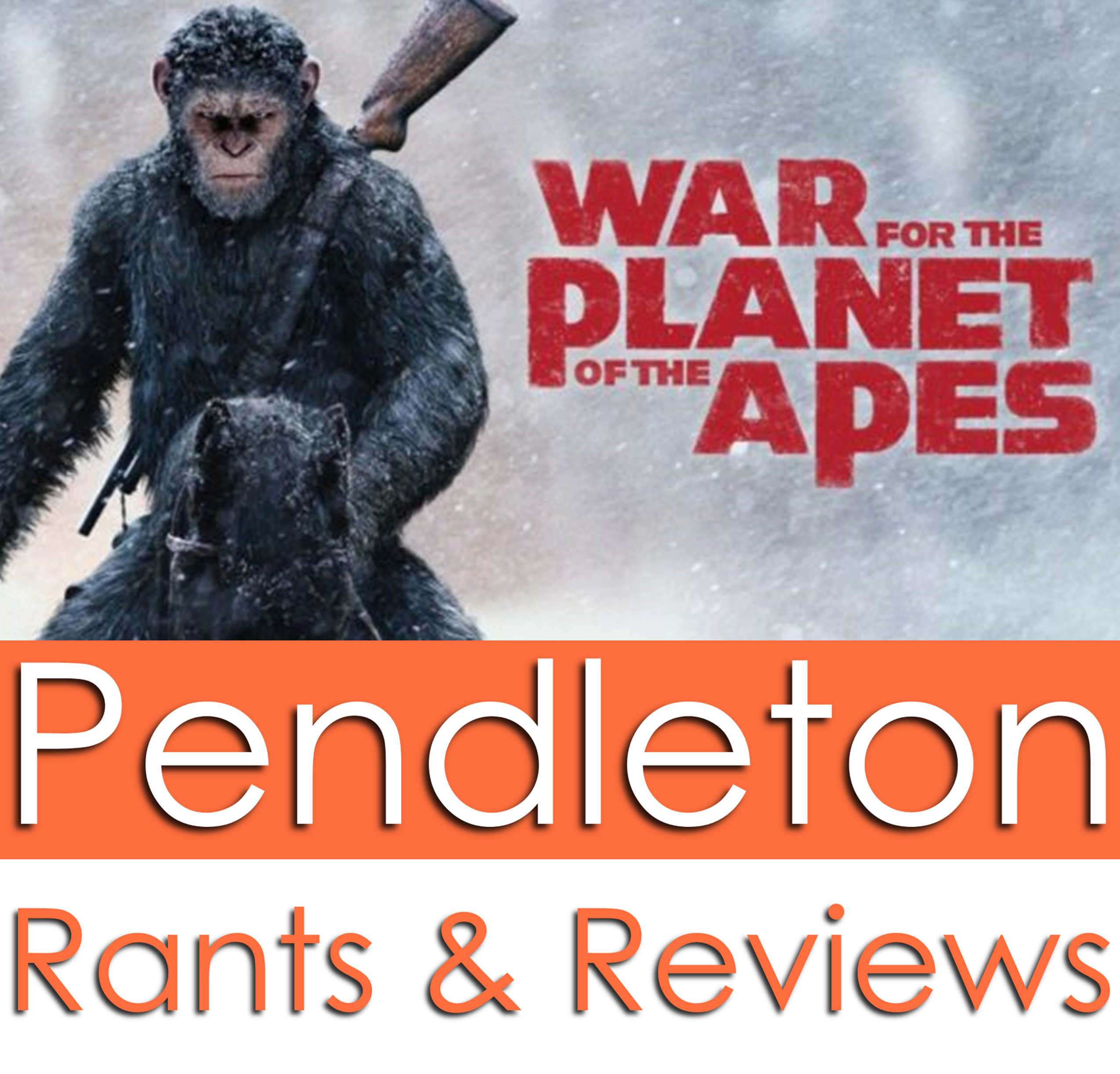 I am not going to do a long review on this except to say what a disappointment this film was. It should have been named “Journey of the Planet of the Apes”. There is little to no war in the movie and practically no excitement. I was pretty sure by the end of the movie the overall plot was “People are evil” and “Animals are good”. If you haven’t seen it, don’t waste your time. If you have seen it…I’m sorry you had to sit through that. 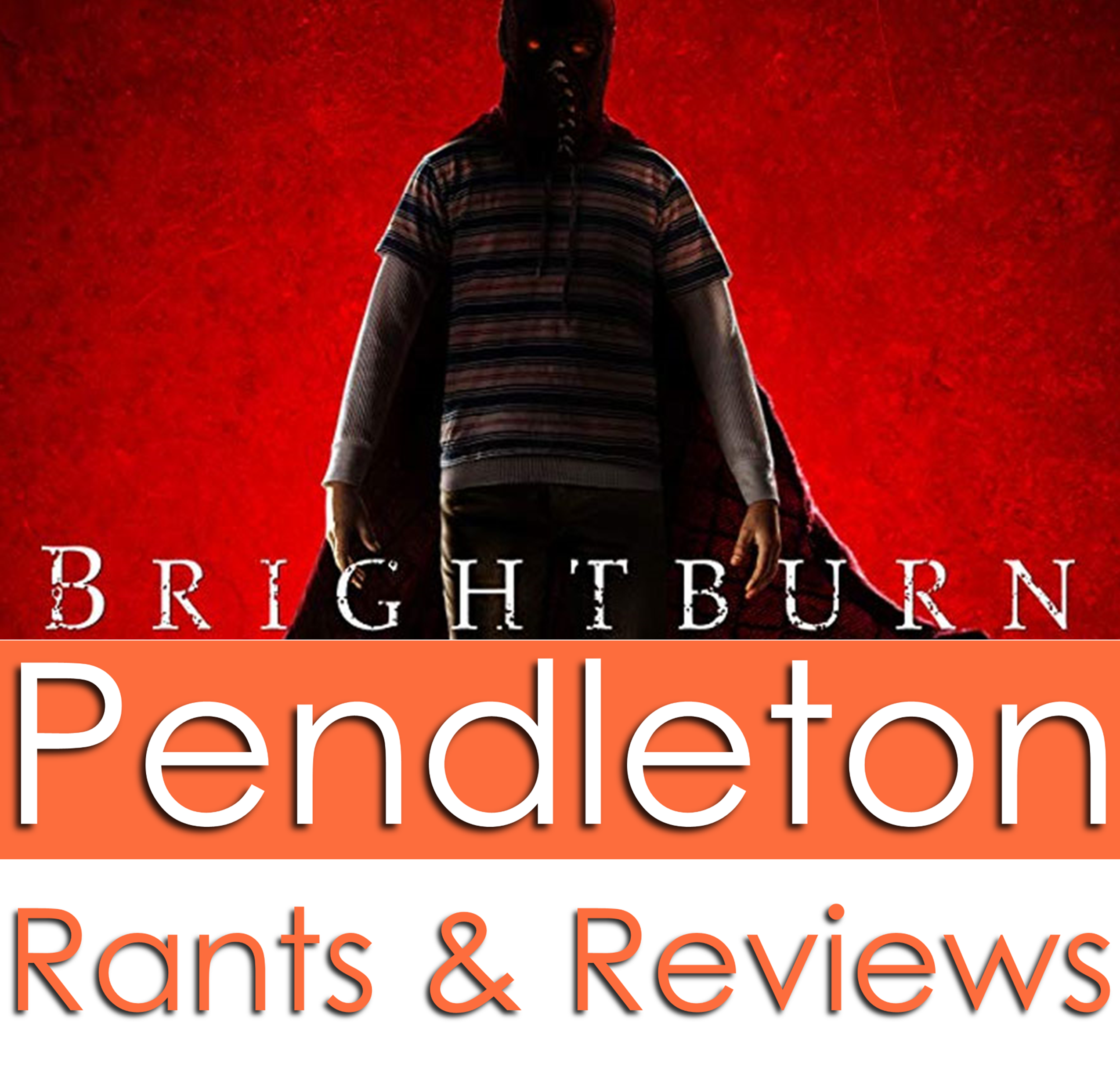 This movie was watchable but don’t expect a lot from it. It was very predictable. The cast did a pretty good job, especially the kid, Jackson A. Dunn, who plays the main character Brandon. He is the bright spot in this rather dull film. His transition from sweet kid to crazed killer was done well by him.  The over-all story was very similar to the origin of Superman with the exception that Brandon was sent here to take over the world. Once activated he goes on a rampage, killing anyone would oppose him. I personally think that the whole thing doesn’t really make sense. He was raised to be a humble farm boy with good values and at the drop of a hat comes a psycho. There should have been some drama in his life that made him resentful and mad so that when the time comes the switch was what made sense to him. Instead, you get a good kid that goes super bad. If you have nothing else to watch, flip it on and give it a try but don’t plan to be overly happy you did. 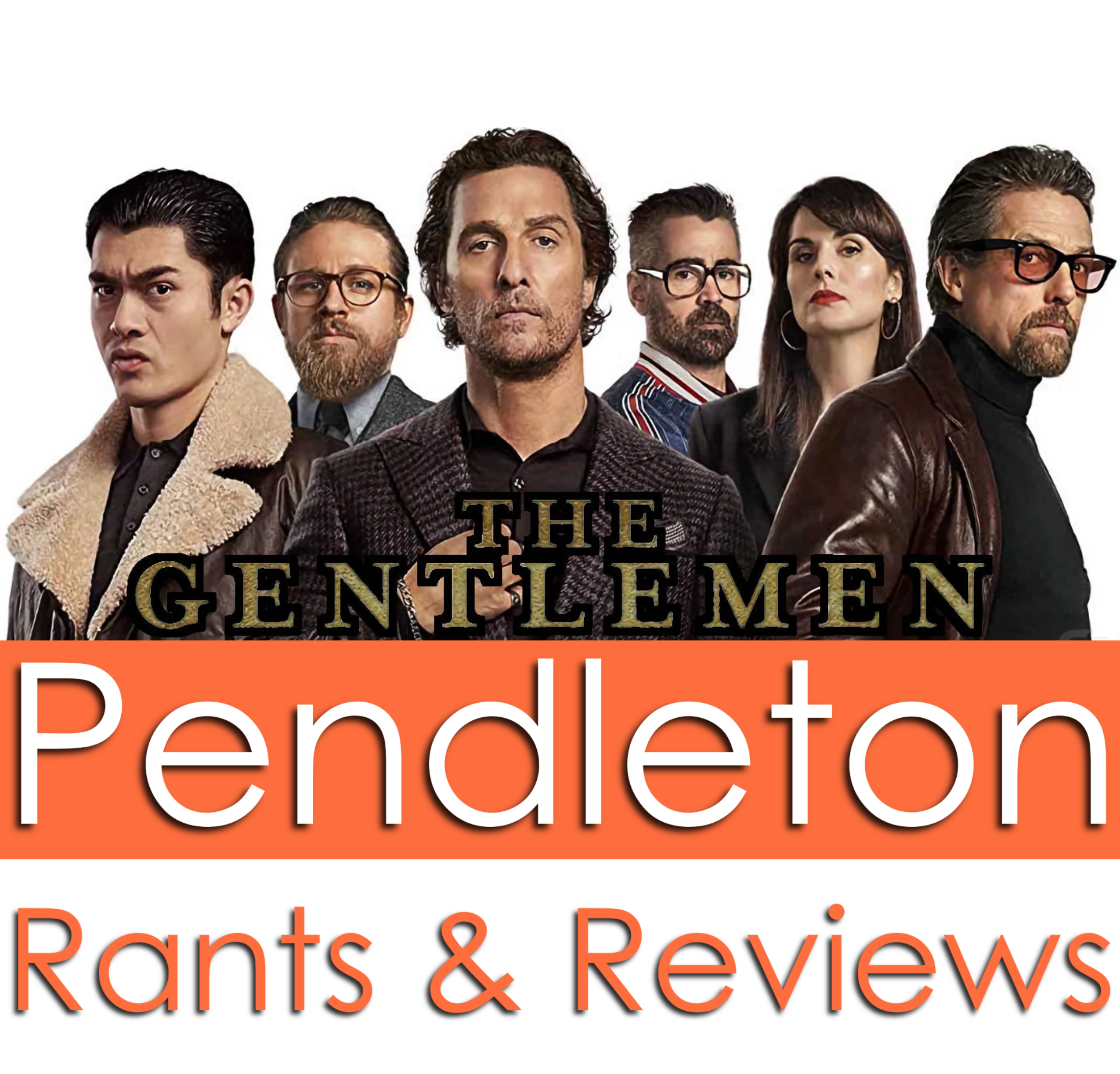 Over the weekend I got to take a rare trip to the cinema. I use to go a lot, but due to a massive two-year home improvement project, most of my movie watching is on Netflix and Prime. My son messaged me earlier in the week that he wanted us to go check out a movie called “The Gentlemen”. I had seen the previews for it and I am a big Charlie Hunnam fan so I was in. Right off the bat, the movie starts off with a little cliffhanger. This made me think there was some real promise here. Then most of the movie is told as narration between two of the main characters. As a writer, there is just something I love about a good narration store and in fact, my first published book was told in first-person narration. Having someone tell you the story is just really cool to me, so when this movie went in that direction, I again saw real promise. For an action some the pace was surprisingly steady, and it didn’t jump around from place to place just to give it an action feel. It was far from an adrenaline rush. It simply just told a good story at a steady pace.

One of the things people fail when creating a story or movie is that they fail to properly introduce you to the characters. In some movies, you just have to assume a lot when they introduce you to the characters. I really hate that and I think it is extremely lazy. This movie, however, didn’t do that. Thanks to good narration and some really great acting, you understood each character well. The acting was also top notice. You really believed all these people are who they are betraying. I expected as much from most of them because it does have an all-star cast, but none of them phoned it in. I don’t remember ever thinking that Guy Richie should cast someone else to play any of the characters. The story is well laid out and doesn’t jump around or leave big plot holes or “mystery boxes” as Hollywood likes to call them. I don’t want to go into the plot too much because that could spoil it for you and I don’t like to do that with good movies so I will just say it is about a man who is the King of the jungle and everyone wants his throne. Just know that it all makes sense and truly comes together well.

In conclusion that movie was well worth the money I paid to see it and I will for sure watch it again when it gets to Prime or Netflix. It doesn’t look like it made a ton of money, and that’s a shame because it should have. As an audience, I think we have to get back to watch well-done movies and not just rush to see something because it’s the next big thing. This truly was a good movie and if you have time to see it before it leave the cinema, do so.